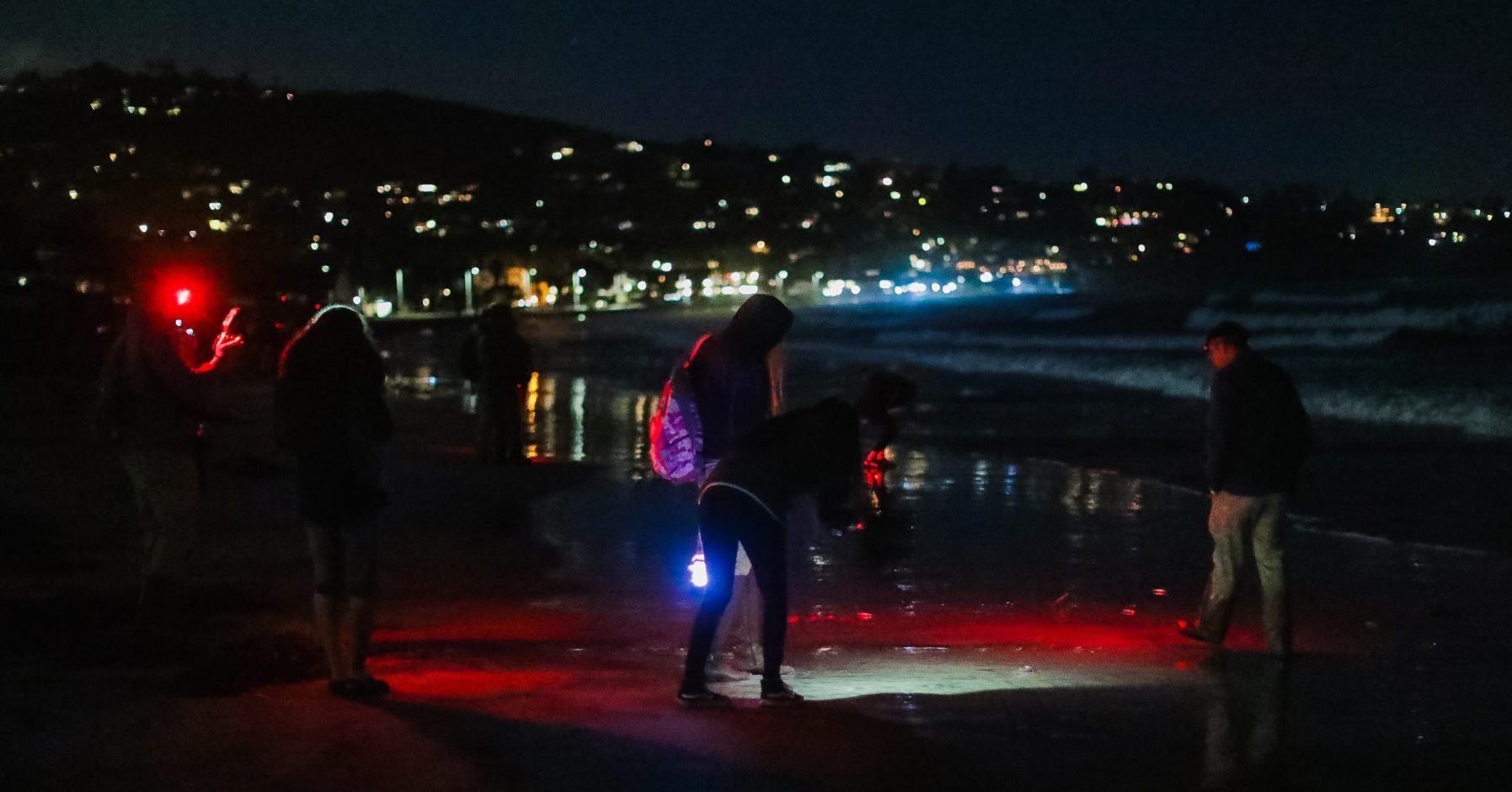 Native only to Southern California and Northern Baja, you might have heard of these famous fish for their unusual behavior — coming out of the water and up onto the sand to spawn. March-September, female grunion take advantage of high tides and dark nights to come ashore and lay eggs, followed closely by males. Late at night, on wide, sandy beaches where the waves reach up a gentle slope, if you’re lucky you’ll catch a glimpse of thousands of silvery fish wriggling on the shore. Females dig a shallow hole in the sand to catch the eggs and then males move in to do their part. When they’re through they let the waves wash them back out to sea. Grunion can survive out of water for up to five minutes! Eggs hatch about ten days later in the sand and the fry hitch a ride on the returning high tides. Though you might see thousands of grunion on one “run,” these fish are not abundant: their spawning habitat is in danger of loss due to erosion, construction, and pollution.

Although we won’t be hosting our grunion run programs this year, our Birch Aquarium naturalists have fond memories of previous years. Stay up late, pack some snacks and hot chocolate, and start your own So Cal tradition!