Manfish
By Jennifer Berne • Illustrated by Éric Puybaret
$16.99 (hardcover only)

Life in the Ocean: The Story of Oceanographer Sylvia A. Earle
By Claire A. Nivola
$17.99 (hardcover only)

The sea seems to cast a spell over some, drawing the curious below its surface to reveal the secret world below. This was true for Jacques Cousteau, the charming French explorer who gave many of us our first glimpses of the wondrous undersea realm, and it’s still true for Sylvia Earle, eminent oceanographer and record-setting deep-sea diver.

In these three biographies, written for children, the ocean is the inspiration for the life’s work of two of the world’s most avid environmentalists, as well as the muse for the imaginative illustrations that accompany their life stories. The Fantastic Undersea Life of Jacques Cousteau, By Dan Yaccarino

For young readers not yet familiar with the achievements of Jacques Cousteau, the clever cover of Manfish gives away a clue: the outer edges are matte black, with a perfect shiny circle in the middle. A man swims by with a bubbling scuba tank, and fish follow. Look closely, and you’ll see that the black edges are the aperture of a camera, and you’re looking through the lens at an underwater scene. As we learn in Manfish, as well as The Fantastic Undersea Life of Jacques Cousteau, Cousteau pioneered the use of waterproof cameras, and he was also the inventor of the Aqua-Lung, which developed into scuba diving technology in use today. Life in the Ocean: The Story of Oceanographer Sylvia A. Earle, By Claire A. Nivola

Like Cousteau, Sylvia Earle has been on a lifelong quest to dive deeper and learn more. Life in the Oceanbegins with Earle as a young girl on a farm in New Jersey, where her “investigations” of the world around her became the basis for a lifetime of scientific discovery. At age 12, Earle moved with her family to Florida, where she lived beside the Gulf of Mexico. In a coincidence of history, Earle received a pair of goggles as a gift, just like Cousteau had as a young man. The goggles gave both explorers their first clear glimpses of the murky depths and inspired them to plunge further. At one point in her career, Sylvia Earle even lived 50 feet underwater at a deep-sea station for two weeks!

Life on earth could not exist without the oceans, and that fact motivated these two individuals to spend their lives educating the world about oceanography. The common theme in these biographies, and what makes them compelling for kids, is the power of curiosity. As told in these stories, Ms. Earle and Mr. Cousteau began asking questions as children, and they never lost their sense of wonder about the world.

Let this be an inspiration to you and your children and an encouragement to explore!

Don’t forget – you can order these books through the aquarium Gift Shop! Contact us from 9:30 a.m.-5 p.m. daily at 858-534-8753 or send an email to aquariuminfo@ucsd.edu. Thank you for supporting our mission. 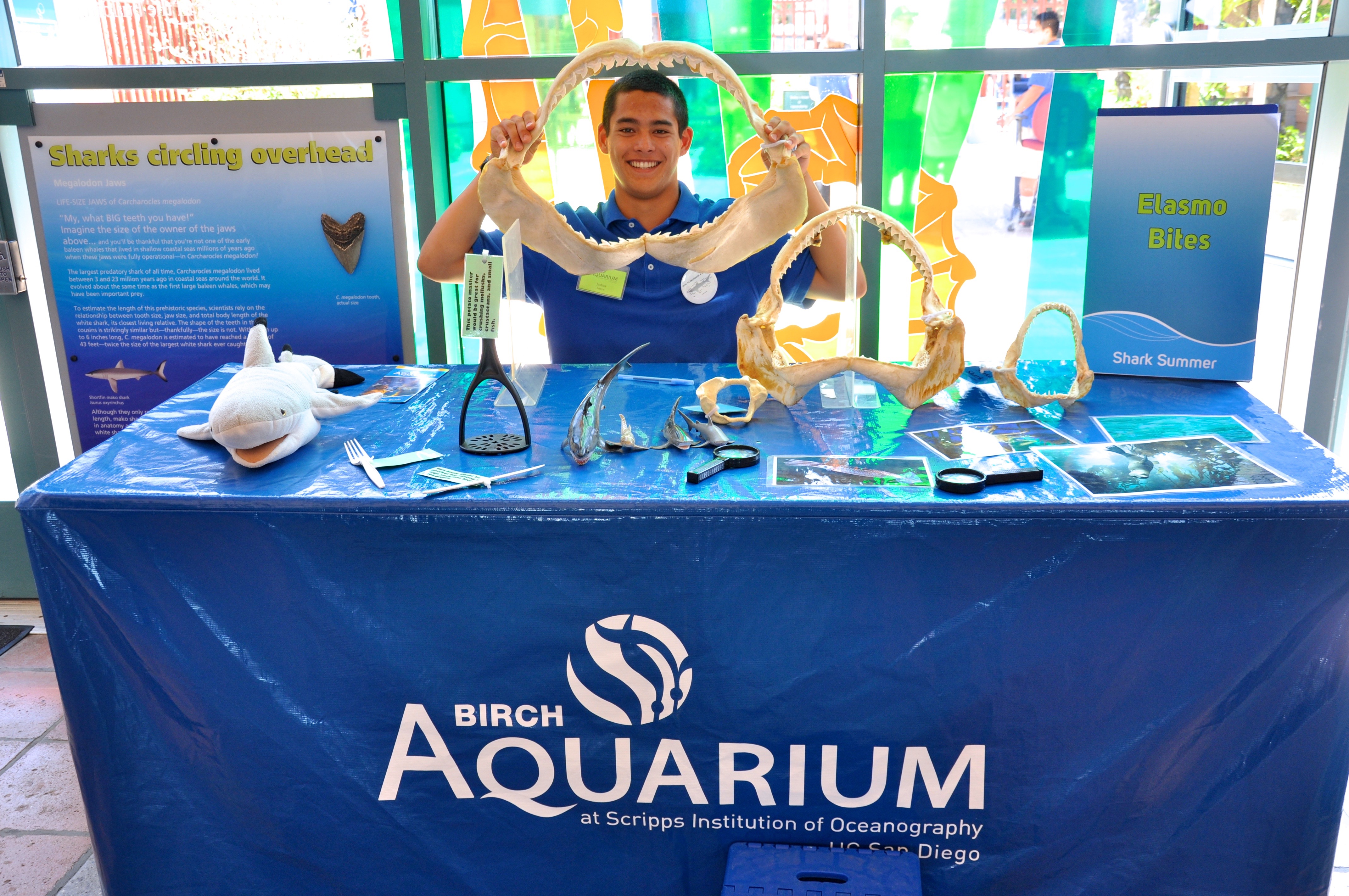 Are you ready to be a Birch Aquarium Intern?