The Lionfish, a longstanding aquarium showstopper located in the Hall of Fishes, is a carnivorous fish native to the Indo-Pacific that is now an invasive species in the Atlantic. Scientists fear that this invasive species has the power to kill off helpful species, such as algae-eating parrotfish, allowing seaweed to overtake the reefs. This is largely because Lionfish have no known predators and reproduce all year long; a mature female releases roughly two million eggs a year!

Here are 5 facts about this fascinating species!

1. Lionfish use their fan-like pectoral fins to “corner” their prey

Ever wonder how this seemingly slow-moving creature is able to successfully catch and eat over 50 different species of fish? Contrary to popular belief, they don’t use their venomous spines to hunt prey. Instead, they stretch out their pectoral fins (the fins situated on either side of a fish’s head) to trap their prey before lunging and swallowing it in a single bite.

2. The spines of this species can deliver a venomous sting 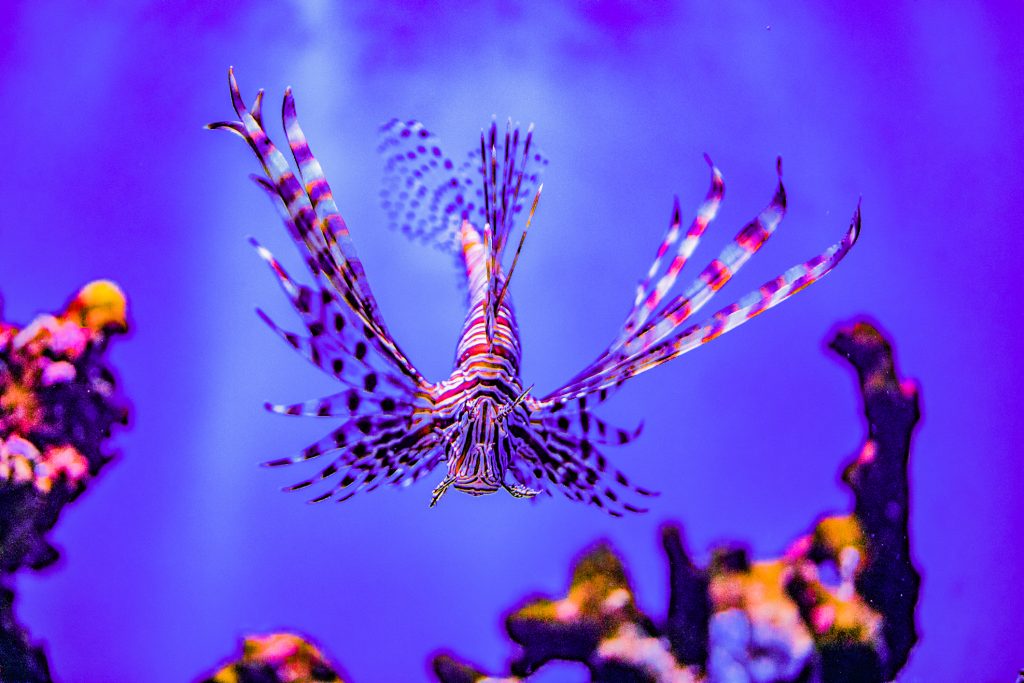 Female Lionfish are sexually mature and will release eggs when they reach 7 to 8 inches in length, or approximately one year old. A female Lionfish can shockingly release between 10,000 and 30,000 unfertilized eggs every 4 days year around, approximately 2 MILLION eggs per year, in South Florida and warmer Caribbean waters but possibly only spawn 3 to 4 months a year in colder waters. She will typically release 2 egg sacs that are between 1 and 2 inches long every spawn. It is believed the egg sac contains a chemical deterrent that discourages other fish from eating the eggs. The eggs sacs and larvae are distributed by ocean currents, which has driven their rapid increase in range. 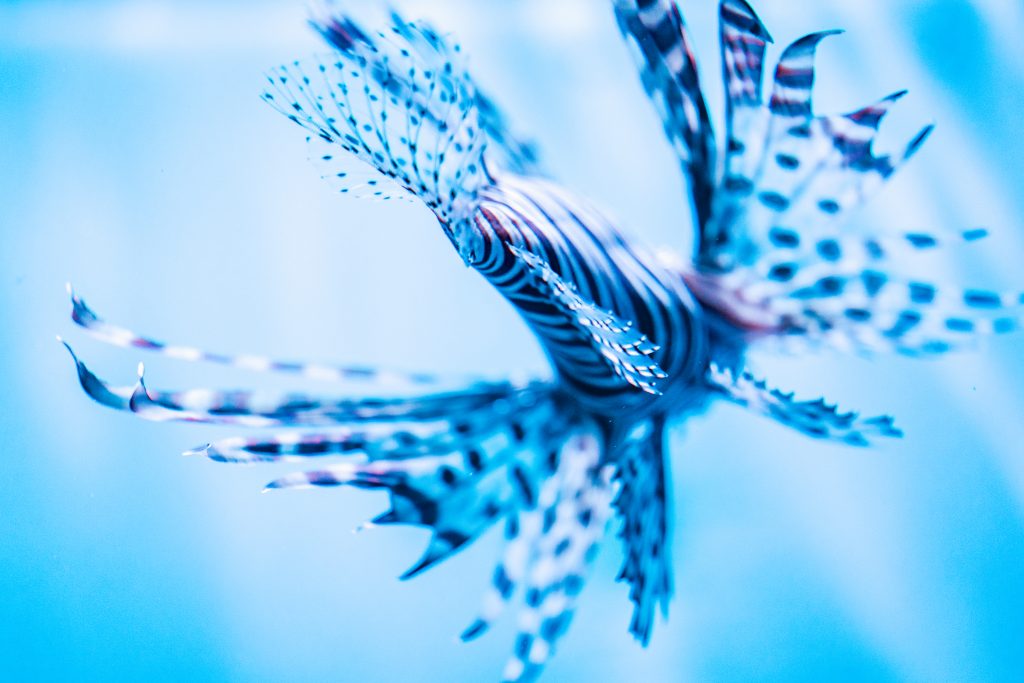 Lionfish are generally nocturnal, meaning they prefer to hunt at night. They can, however, be spotted swimming during the day, especially in their invasive range in the Atlantic. They have also been described as active hunters during periods of dim ambient light such as on overcast or notably cloudy days.

Be sure to stop by their tank in the Hall of Fishes on your next visit to observe this beautiful and unusual fish.