This Exhibit is now closed. Look for a new exhibit announcement this fall.

Explore the world of living light at the Infinity Cube. Through activities and interpretation accompanying the installation, guests have opportunities to learn more about the phenomenon of bioluminescence—how creatures produce light and how many marine species use light for camouflage, protection, and communication.

This exhibit had a unique start. For three months, London-based artist Iyvone Khoo worked alongside Scripps Institution of Oceanography marine biologist Michael Latz in an effort to better understand the role of bioluminescence — light produced by living organisms — in the marine environment.

They filmed more than six hours of footage of single-celled marine organisms called dinoflagellates reacting to various stimulants, such as the human heartbeat, music, water flow, and air pressure. 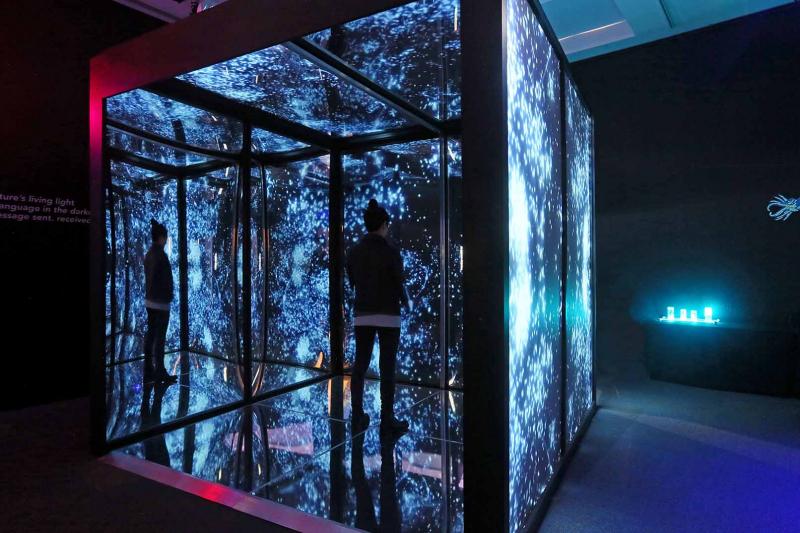 Those videos became the basis of the Infinity Cube, a temporary exhibit at Birch Aquarium. The 8-foot cube, generously funded by Rick and Patty Elkus, surrounds guests in projected and reflected larger-than-life images of bioluminescence accompanied by soundscape. Additional support for the interpretative component of the exhibit was provided by the National Science Foundation. 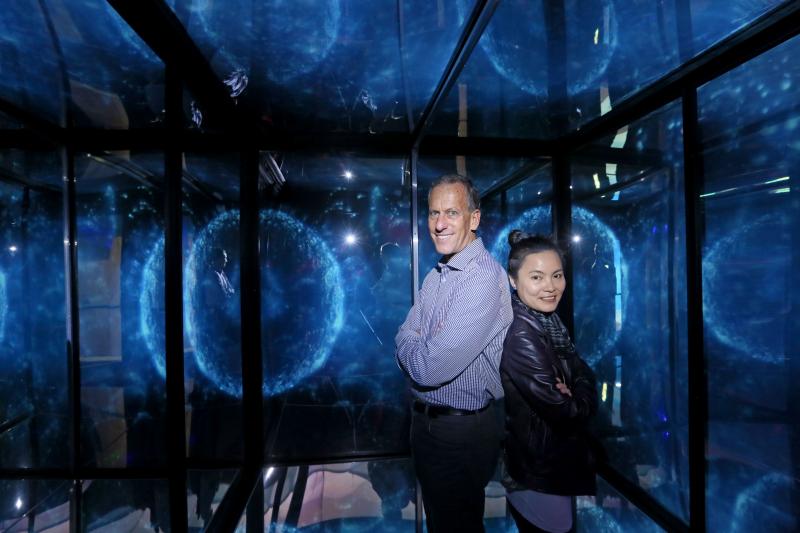