Whale Watching season is in full swing in San Diego and we’ve been seeing Gray Whales each day as they make their way south to their birthing and breeding lagoons. Whale counts along the West Coast have confirmed that the whales had a slow start this year migrating south. Scientists are still investigating the reasons, but some suggest they spent longer than usual at their winter feeding grounds in the arctic.

Sightings have become consistent and Gray Whales are being spotted daily making their way down the coast. Gray Whales migrate individually, but occasionally you will see them in small groups. 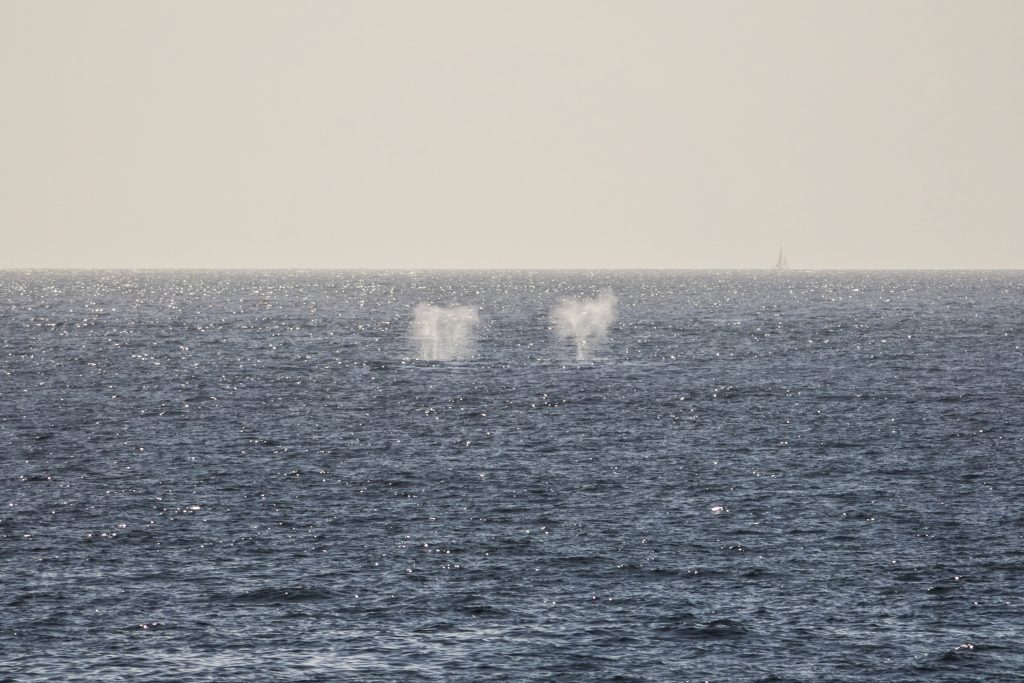 Gray Whales are easily identified by their heart-shaped blow or exhalation above the surface.

We have also spotted many different species of dolphins. Common Dolphins (as their name suggests) have been the most numerous. They are often seen in groups of 200+ individuals. How can you tell how many dolphins are in a group? Usually for each dolphin at the surface there are at least two that you can’t see below the waves. Common Dolphins, Pacific White-Sided Dolphins, and Bottlenose Dolphins are all gregarious species and often bow-ride with our ship. 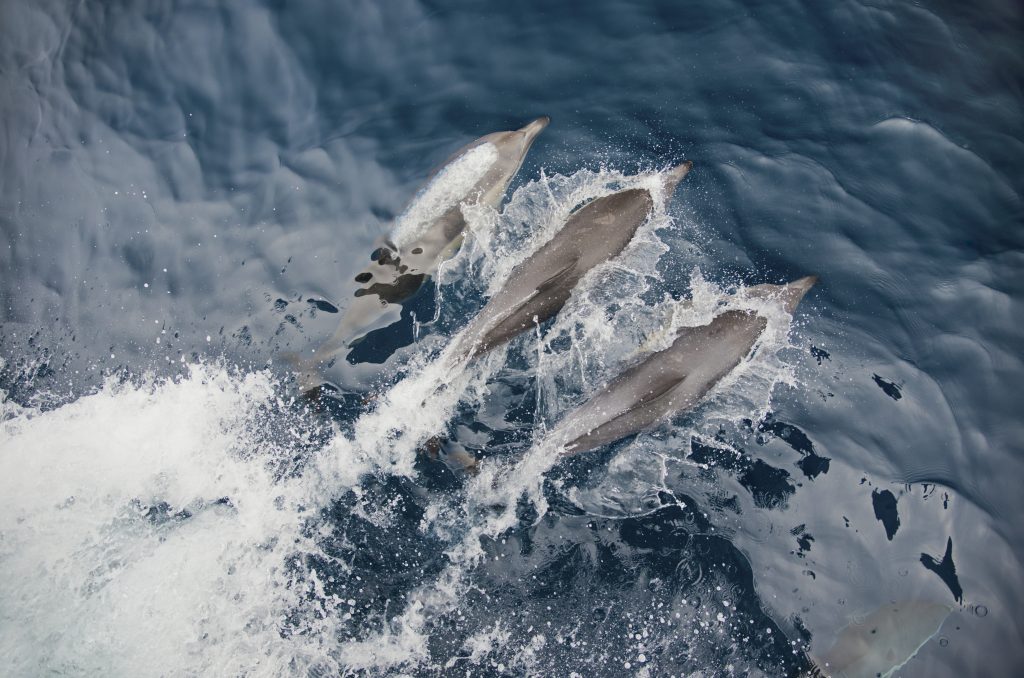