I remember being spellbound when I saw my first seahorse as a child. It seemed as exotic and remote as the seahorses of myth and legend and equally enthralling. Ever since, these extraordinary fish, and their relatives, have fascinated me. Seahorses have captured the imagination of humans for thousands of years and have a powerful presence in myth and legend.

Poseidon, the Greek god of the sea, known as Neptune to the Romans, traveled in a chariot drawn by fierce seahorses with heads of a horse and tails of a fish. For more than 2,000 years, sculptures, drawings, paintings, and mosaics have depicted Poseidon’s seahorses with glorious imagination.

In Ancient Turkey around the 7th century B.C., a master craftsman from the Lydian culture made a beautiful gold broach that was placed in a tomb and not discovered again until the 1960s. It is a beautiful, classic representation of a winged seahorse. You can read details of the dramatic history of the broach, as well as other seahorse myths, in Helen Scales’ wonderful book, “Poseidon’s Steed,” on sale in the Birch Aquarium Book & Gift Shop. The Romans and Picts

To the left is an image of a beautiful seahorse mosaic found in the famous Roman baths in Bath, England, from about 2,000 years ago. A few centuries after its creation, the Picts, a confederation of tribes in Scotland, carved beautiful, mythical seahorses in sandstone. Some of these sculptures remain intact, although the history of the Picts is still shrouded in mystery.

It is possible they saw Roman depictions of seahorses, or they may have actually seen real ones. Some of the sculptures are similar to the Greek and Roman depictions with horses’ heads, forelimbs and wings, and long, thick scaly tails. Others are much more seahorse-like with curly tails, upturned snouts, and no limbs.

A few hundred years later, in the late 15th century, Daniel Hofper from Germany was probably the first person to use etching in printmaking. He was trained to engrave armor in the manor of the age with delicate and intricate designs, and he realized that he could transfer this technique to metal plates that were used to produce etchings for early prints.  Among his designs is a depiction of a classical seahorse (to the right). The fluidity and motion in this ornamental fillet is delightful.

By the 19th century, illustrations of seahorses were common and considerably more accurate as the public became better aware of real seahorses. Frederick Stuart Church, a 19th century American painter and illustrator, created an etching of a mermaid atop a seahorse  that is a good example of what people of that time thought about seahorses.

As seawater aquariums were developed, more seahorses could be kept and studied as objects of fascination – animals with heads like horses and tails like monkeys were considered strange, indeed! So it’s not surprising that a mythical mermaid is depicted riding this wonderful beast in a mixture of biology and myth.

Seahorse relatives such as seadragons, pipefish, and pipehorses have almost certainly played their part in the development of seahorse myths. Rock paintings found in parts of Australia depict sea snakes resembling these seahorse relatives. These rainbow serpents, as they were called, have appendages much like those of pipehorses and seadragons found off the western coast of Australia. To the right is a fascinating 19th century print by Richard Lydekker depicting a weedy seadragon in its natural habitat. The specimen appears almost dried; perhaps it was by the time the artist drew it. This print is from “The Royal Natural History of 1896” and shows deliberate care to be scientifically correct.  It is beautifully drawn and the composition with the seaweed on the left complements the seadragon perfectly.

Today, seahorse images are used extensively in art and decoration. Next time you catch a glimpse of a seahorse in a picture or alive at Birch Aquarium at Scripps, remember the depth of legend and art that surround these fascinating fish.

Is there a seahorse picture or artwork that you absolutely love? Leave us a comment and let us know about it! To see more than a dozen species of living seahorses, visit our new exhibit, There’s Something About Seahorses. 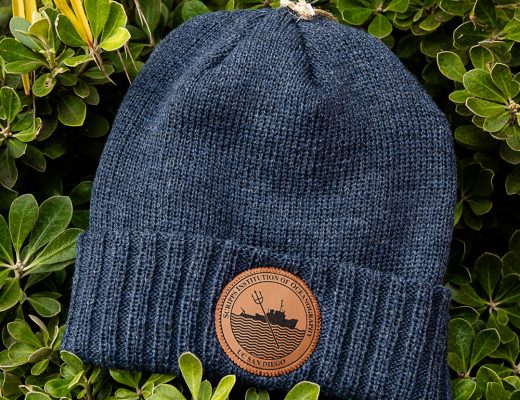