Home » Marine Life » Fish » Packing in with the Sardines

Packing in with the Sardines

Birch Aquarium at Scripps aquarist Jeremy Lord dives in the 2,000-gallon sardine tank to clean algae off the glass.

Your first memory of sardines may be from playing the game as a kid. This version of hide-and-seek makes players hide in a small space together, packed like sardines in a can.

At Birch Aquarium at Scripps, Pacific sardines (Sardinops sagax) are actually the first fish that our visitors encounter. You can see them swimming as group, or “schooling,” in their 2,000-gallon tank, just like the fish do in the open ocean.

California has a long history with sardines. Sardine canning was big business along the Pacific coast in the early 1900s, spurred by demand for nutritious food that could be canned easily and brought to soldiers serving in World War I. By the 1950s, however, the sardine fisheries collapsed, both from fishing pressures and a change in oceanic cycles.

Scripps Institution of Oceanography researchers began studying the collapse in the 1950s, an effort that led to the establishment of the California Cooperative Oceanic Fisheries Investigations (CalCOFI). Today, CalCOFI continues investigations along the California coast, both in the management of marine resources and in monitoring weather and climate conditions.

Sardines are just a few of the 3,000 fish and invertebrates that thrive at Birch Aquarium. By adopting one today, you can be part of the team that provides essential care to these special ocean inhabitants. Find out more about the Aquarium’s Adopt-A-Fish program. 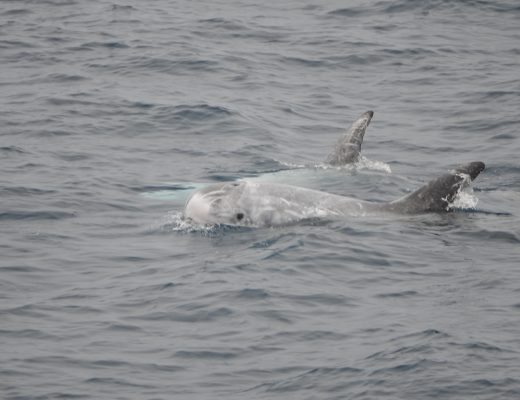