This September, Nemo, Dory, Marlin, and the rest of the animated cast of Finding Nemo are splashing back into theatres in 3-D. Finding Nemo has lost little of its original appeal since winning the 2003 Academy Award for Best Animated Film. Stunning visual effects, charm, and humor seamlessly weave ocean science into a universal story of family and friendship. Of course, ocean science has inspired many movies–The Abyss, Deep Blue Sea, The Day After Tomorrow, Avatar, and Happy Feet–but rarely does filmmaking inspire scientific discoveries.

Conservation biology recently met cinematic creativity in a 2012 study1 (published in Conservation Letters) by investigating which animals in Finding Nemo are threatened with extinction. The results are enough to make your gills flare. Of the 1,568 species represented in Finding Nemo, 1 in every 6 species is threatened.2

Nemo and his friends encounter exploitation (via fishing, harvesting, or trade) more than any other threat, followed by climate change and habitat loss. Consequently, sea turtles, mackerel and hammerhead sharks, eagle rays, and seahorses are swimming for their lives.3 The false clownfish and regal tang (Nemo and Dory) are among the 81% of species in this study drifting along without an International Union for Conservation of Nature (IUCN) extinction risk assessment. Eighteen percent of Nemo’s closest relatives, the clown- and damselfishes, are threatened with extinction. Should we be worried about Nemo and his fellow clownfish? Yes and no. Their striking coloration and affinity for anemones make clownfish (aka anemonefish) targets of the private aquarium trade. Warming ocean temperatures may compound pressures of removing fish from reefs.4 Twenty-six species of anemonefish live dependently on sea anemones which are nourished by algae living inside their jelly-like tissues. Similar to hard corals, algae are expelled from their anemone hosts when ocean temperatures get too warm,5 reducing the habitat available to juvenile anemonefish and the number of eggs that females lay.6

On the brighter side, anemone bleaching did not reduce the numbers of newly hatched and adult clownfish in one study near Australia.7 Breeding programs, like those at Birch Aquarium at Scripps, also help eliminate the need to take fish from reefs by raising anemonefish in captivity and providing them for other aquariums.

As scientists and aquarists continue their work, let’s keep one eye on the movie screen and the other looking for intriguing intersections of entertainment and ocean science. You can help support Birch Aquarium’s captive breeding programs of anemonefish, corals, seahorses, sharks, jellyfish, and more!  Swim on over to our Adopt-A-Fish page.

2Only 39% of these threatened species are listed on the Appendices of CITES, the most comprehensive treaty agreement to protect species threatened by international trade. Threatened species include those listed under IUCN categories of vulnerable, endangered, or critically endangered. Species lacking sufficient data to determine their extinction risk were assumed to be threatened in the same proportion as species with sufficient information (based on prior work by Hoffmann et al. 2010). 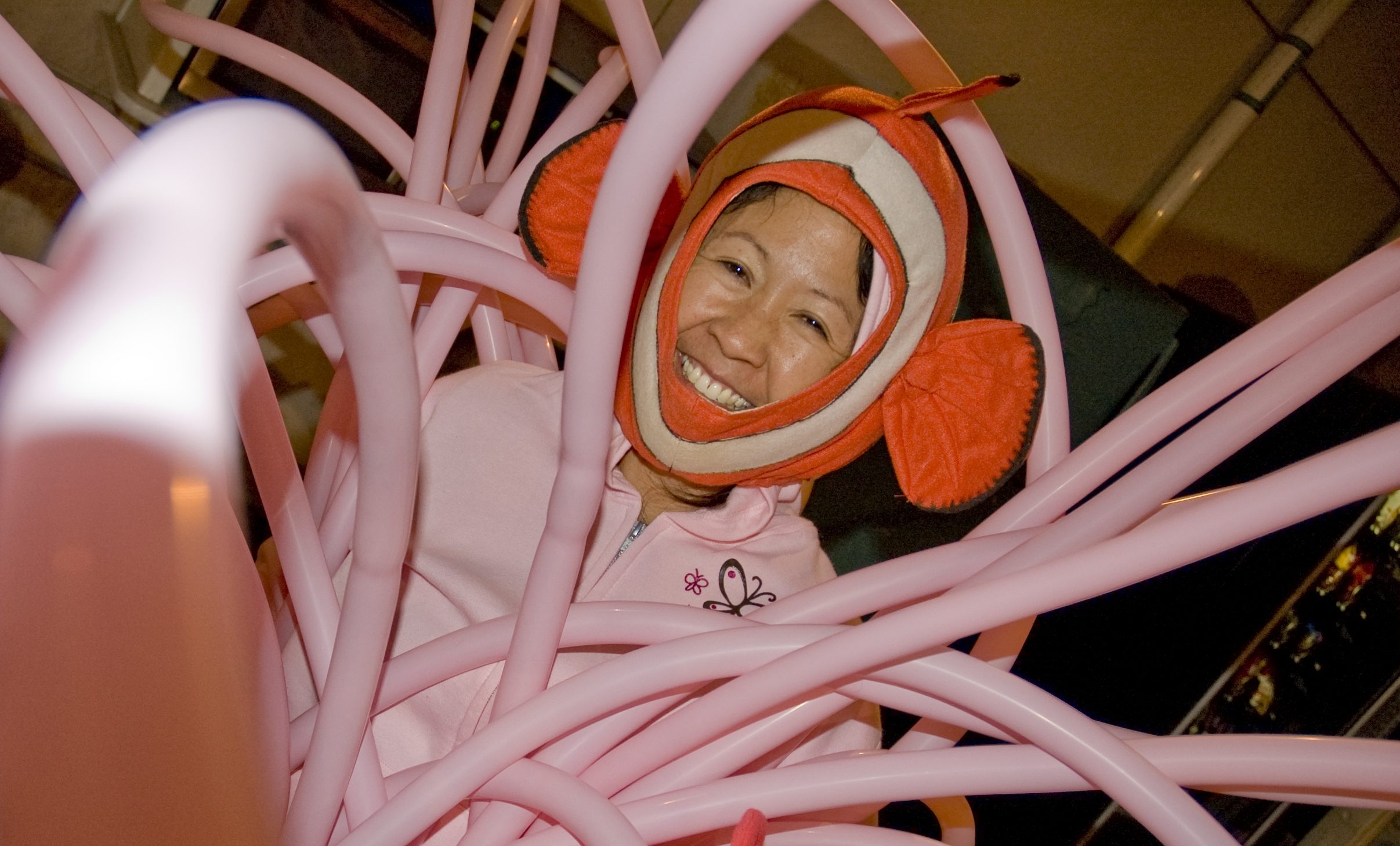 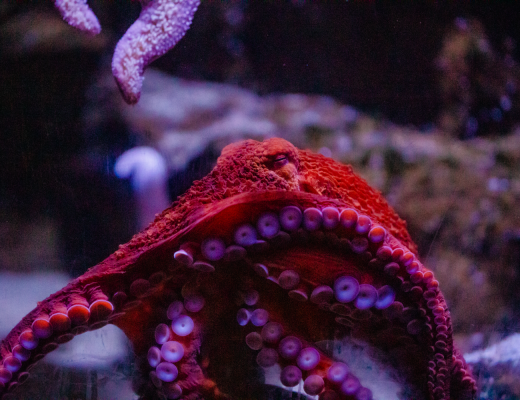