Accompanied by uplifting music, this footage of sharks influenced viewers to have positive attitudes about these animals. Excerpt from “The Blue Planet”, BBC.

Dr. Andrew P. Nosal, Postdoc Researcher, Marine Biology Research Division, Scripps Institution of Oceanography, and et al.’s research on human attitudes toward sharks found that those who watch shark videos accompanied by menacing background music, compared to inspirational music or silence, walk away with negative perceptions of sharks. Not only does this show that background music paired with shark footage affects viewer’s attitude toward sharks, but it also suggests to filmmakers and viewers that understanding how music plays a role in shark films is of utmost importance. Recognizing how attitudes toward sharks in film are swayed by music is perhaps the first step to managing the negative stigma against sharks, which will hopefully lead to a safer environment for these animals.

Here at Birch Aquarium, we work hard to show the true nature of sharks, not as stereotyped “bad guys”, but as essential members of the marine community.

Learn more about this issue by reading Dr. Nosal, et al.’s research on The Effect of Background Music in Shark Documentaries on Viewers’ Perceptions of Sharks.

Seadragons, Part 4: The Importance of this Trip 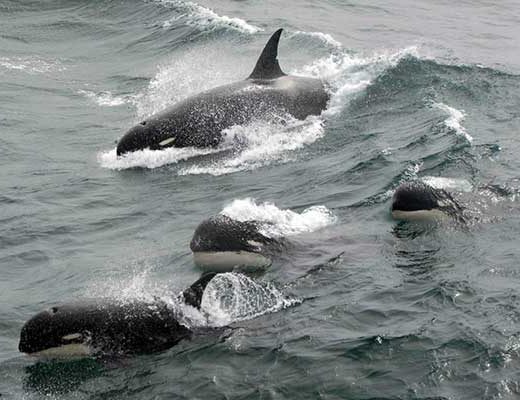