Feeling shy: The newly hatched swell shark hangs out in the back corner of its nursery tank.

Say hello to a new member of our fish family. A swell shark has hatched in our aquarium nursery!

The baby shark, which measures about six inches long, spent 10 months growing inside a flat, leathery egg pouch, sometimes called a mermaid’s purse. Our aquarists collected the pouch after the shark’s mother laid the egg inside our two-story kelp forest tank.

The world’s oceans host about 360 species of sharks and only about 30 percent of those lay eggs. The swell shark joins the following egg-laying families: horn, carpet, blind, bamboo, zebra, nurse, and cat sharks. Embryos of egg-laying sharks get nourishment from their eggs’ yolks. When the food is gone, the pouches crack open and the little sharks swim out.

The swell shark is a local species, usually colored light gray or brown with dark spots. It lives in subtropical regions of the eastern Pacific Ocean from central California to the Gulf of California and south to southern Mexico and central Chile. It gets its name for its ability to swallow large volumes of water or air when threatened, which causes the shark to double in size.

The baby shark, whose gender cannot be determined yet, will spend the next few months inside the nursery tank within the Hall of Fishes. When it gets old enough, the shark will be moved to our Education Classrooms, where it will become part of the ocean-science exploration that more than 45,000 local school children experience each year on class field trips.

Stop by our nursery and say hello! A swell shark egg pouch. Photo courtesy of Aquarium of the Pacific.

An adult swell shark. Photo courtesy of Aquarium of the Pacific. 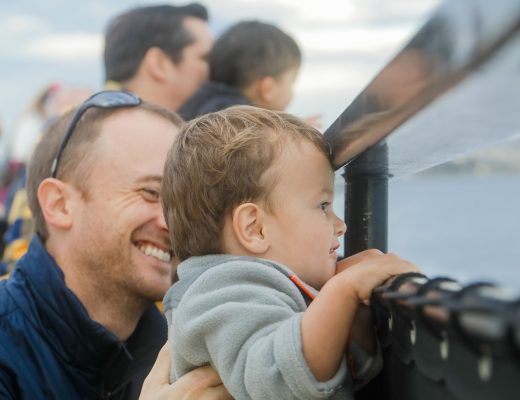